Plant a tree in memory of Theresa
An environmentally-friendly option 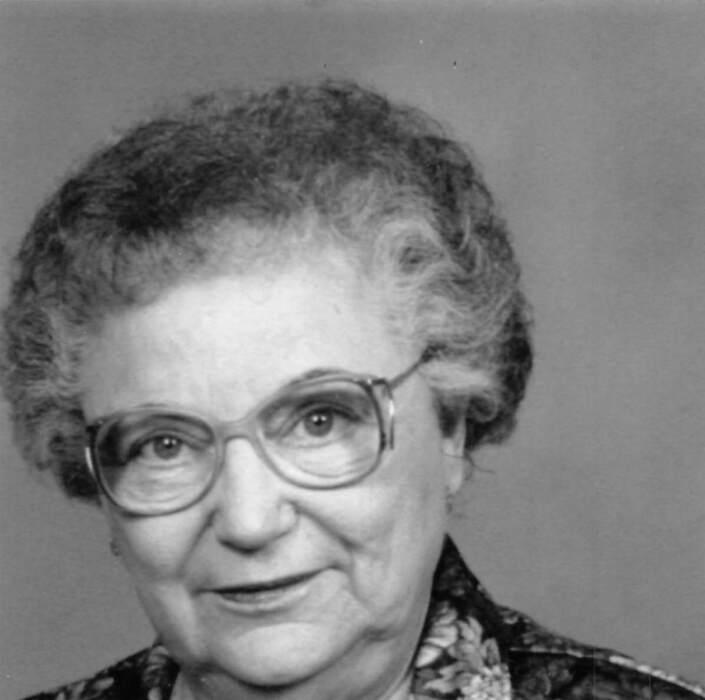 Theresa Marie Hammond was born in Warrensburg, Missouri on December 7, 1924 to Perry and Lula Amanda Marie Markham Hammond, the second of three children. She had an older brother Perry Kenneth Hammond and a younger sister, Katherine Nadine Hammond Skinner. She assisted on the family farm during her growing years and graduated from Fulkerson County School and University High School. She worked in Kansas City following her graduation until her marriage to  Russell Marion Wilson on April 3, 1946 at the home of and officiated by Reverend Chas. E. Hawn. Standing with them were friends Homer Sawyer and Doris Buell.  Two daughters were born of this marriage, Donna Marie and Linda Kay.  The family lived in Warrensburg until 1956 when a job opportunity took them to Columbia.  While in Columbia Theresa worked at J.C. Penny and Missouri Utilities.  Following retirement, they decided to move back to Warrensburg to be nearer their families. After the death of her husband she returned to Columbia and later to Vandalia  to be closer to her daughter, Linda.

She was proceeded in death by her parents, her husband, Russell, her brother and sister, her son-in-law John Edgar and many brothers- and sisters-in law.

Services scheduled at Sweeney Phillips Holdren Funeral Home, Warrensburg, MO on Wednesday, April 14 at 11:00 am with visitation one hour prior to the service.  Pallbearers included Mike Klug, Blair Murphy, Kevin Wilson, Jeff Wilson, Britt Shadwick and Darrian Mitchem. Memorials may be made to Missouri Baptist Children’s Home, St. Jude’s Children Hospital or a charity of the giver’s choice.

Plant a tree in memory of Theresa by clicking here.
To send flowers to Theresa's family, please visit our floral store.

A service summary is not available

Plant a tree in memory of Theresa
An environmentally-friendly option

Plant a tree in memory of Theresa

1 tree planted in memory of Theresa

A Memorial Tree was planted for Theresa Marie Wilson

Plant a tree in memory of Theresa